A follow-up to the hugely successful Soviet Bus Stops, with new photographs of bus stops in Russia, Crimea, Georgia and Ukraine. Christopher Herwig has an insatiable appetite for Soviet Bus Stops . After the popular and critical success of his first book, Herwig has returned to the former Soviet Union to hunt for more. In this second volume, as well as discovering new stops in the remotest areas of Georgia and Ukraine, Herwig turns his camera to Russia itself. 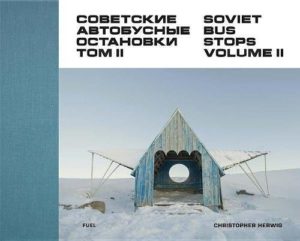